Thermit provides a wide range of rail monitoring equipment, including the Railsafe laser. The Railsafe laser is used for measuring running surface alignment. An example of its use was within the HS1 project.

HS1 had reported that the running surface alignments had been showing as out of specified vertical exceedances. This was during track recording car runs. Following remedial tamping, attempting to correct the issue, failures repeated under traffic shortly afterwards. It was determined that the root cause was a result of the higher speed traffic on HS1 and the current permissible vertical tolerances, which are under review on this line.

The Railsafe laser was used to monitor the behaviour of welded joints under this traffic. This allowed them to fully understand the underling issue so that an effective solution could be implemented. This led them to investigate the effect of grinding to tighter tolerances on the long term alignment under traffic which fixed the issue.

Thermit are part of the Goldschmidt Thermit Group, which is composed of over 20 companies associated with the development, manufacture, distribution and technical support for the thermit welding processes.

Find out more about the Goldschmidt Thermit Group 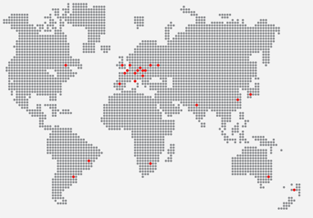 Sign up for all the latest on Thermit news, events and offers...